#Top10Tuesday – Books That Blew Me Away!

Today I am sharing a list of books and book series that recently BLEW ME AWAY!

Holy moly! This series is INCREDIBLE! I basically read it in a week and fell completely in love with the world and the characters. I have never read anything like it!

I NEED book #3! I am more than a little desperate for it. I adore this family and their unique gift. Sexy and dark men and the mysterious and strong women who love them. It’s just fabulous!

No news here! I have made no secret of my love for Nalini Singh and I adore this new arch in her Psy/Changeling series. The bears are a lot of fun. I miss the edge the wolves and leopards have just a little bit, but I’ve already read this twice and I can’t wait to see what happens next.

4. Run to Ground by Katie Ruggle

Sexy man who’s also a cop? Sign me up! Sexy man with a cute dog? Sign me up twice! Sexy man, cute dog, and a fabulous woman in a unique situation? Oh yes, I’m in:).

It has been a few years since Burn for Me, but White Hot was just as good! Great urban fantasy with a very sexy vibe. Luckily #3 is only a few weeks away!

6. Worth the Wait by Lori Foster 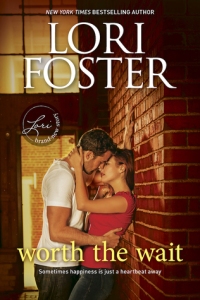 Lori Foster is a genius! I have yet to find a book by her that I don’t like:D.

This was my first but definitely won’t be my last K.A. Tucker. Until It Fades is a beautifully written romance with the perfect slow burn.

8. Accidentally On Purpose by Jill Shalvis 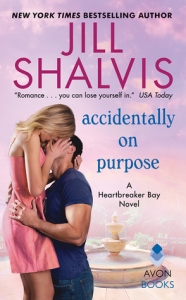 I love the Heartbreaker Bay series and finally getting to Elle and Archer’s story was just so much fun!

9. After the Dark by Cynthia Eden 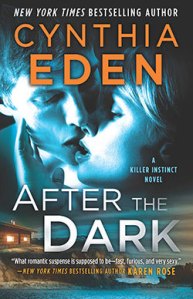 Neat premise to have a profiler who has personal connection to a serial killer. The story was super twisty and unexpected and I really enjoyed the psychology added in between. Strong characters and a great start to the series, which had me reading until 2am.

10. The Billionaires by Calista Fox

I love a great menage and Billionaire’s had me from page one. I’m not usually a fan of second chance romance, but this one had just the right balance of hot and emotional!

Anything you’ve read that blew your mind recently?

I am over at Darker Temptations talking about some of the most memorable villains and evil minions I have come across in my reading.

I am attempting to add a regular new feature to my blog. Through “Books, Books, Books” I want to share some of the fabulous and exciting books that have crossed my paths. There may be something resembling a review or it could just be a lot of gushing…like for this book:

Shield of Winter by Nalini Singh

I have been following this series since the beginning and had the pleasure of meeting her at the Romantic Times Convention in New Orleans. She is one of the nicest people I have ever met and very sweet. When Nalini mentioned at one of her panels that they had 100 copies of Shield of Winter two week before the official release date I was first in line;).

Assassin. Soldier. Arrow. That is who Vasic is, who he will always be. His soul drenched in blood, his conscience heavy with the weight of all he’s done, he exists in the shadows, far from the hope his people can almost touch—if only they do not first drown in the murderous insanity of a lethal contagion. To stop the wave of death, Vasic must complete the simplest and most difficult mission of his life.

For if the Psy race is to survive, the empaths must wake…

Having rebuilt her life after medical “treatment” that violated her mind and sought to stifle her abilities, Ivy should have run from the black-clad Arrow with eyes of winter frost. But Ivy Jane has never done what she should. Now, she’ll fight for her people, and for this Arrow who stands as her living shield, yet believes he is beyond redemption. But as the world turns to screaming crimson, even Ivy’s fierce will may not be enough to save Vasic from the cold darkness…

I just love Nalini’s style of writing. Her characters are well thought out and believable. I would love to hang out with them;). What I really like is that Nalini is bringing this arc of the story that she started 13 books ago to an end and that she is tying up everything she mentioned throughout the series. Very often it feels like a series just continues on and on with no clear goal or end in sight. For the Psy/Changeling series there will be one more book bringing showing us how the characters deal with everything that happened throughout the books. That doesn’t mean that there won’t be more books in this world, but they will have a different core.

Anyway, after all that, if you haven’t already start the series RUN to the store and buy Slave to Sensation, book 1. You have 13 books to get through, which should take you about a week because you won’t be able to stop reading, and then you only have to wait for only one more.

What book have you read recently that has jumped to the top of your keeper shelf?

Here are some of my favourite reads of 2013 in chronological order:

I just love the Mercy Thompson stories. Each book gets better and better. I love Mercy and Adam together and the way she is finding her place in the wolf pack.

In Viking times, Norse myths predicted the end of the world, an event called Ragnarok, that only the gods can stop. The gods are dead so it is up to Thor’s and Loki’s descendants Matthew, Fen and Laurie to save the world. This action-packed adventure is the first in the epic Blackwell Pages series filled with larger-than-life legends, gripping battles, and an engaging cast of characters who bring the myths to life. I cannot wait for Odin’s Ravens.

Rush is the best alien-invading-earth sci-fi story this year. When Miki is left bloody and broken in the road she is pulled into a game beyond her wildest imagination. A game where she has to fight for her life and defend her planet against the invasion of the Drau.

This is book 3 in the Unwanteds series. The series gets better with each book and I cannot wait to see what else the characters have to survive and overcome.

5) The Rithmatist by Brandon Sanderson (teen)

I thoroughly enjoyed this book with its unique world and fabulous characters. The concept of having chalk creatures come to life to either kill you or protect you is amazing. I am very much looking forward to book 2.

Nalini could write a phone book and I would read it. I LOVE her writing and the Psy/Changeling series in particular. This story brings one major story arch to conclusion.

7) Bare it All by Lori Foster (contemp Romance)

Sexy cop, mysterious young woman and fabulous side characters. What more do you need?;)

I am not a big fan of Neil Gaiman, but Fortunately the Milk is absolutely fabulous. Dad didn’t listen when mum told him to make sure there’s milk. He goes out to get more and then doesn’t come back for hours. When he does come back he has the wildest story for being late involving aliens, pirates and a time-travelling dinosaur in a hot-air balloon.

This book was quite a surprise. It reminded me of Forest Gump because every time the main character makes a decision or meets a new person something amazing is just around the corner.

I sat down and read this book in one sitting. Fabulous characters, issues and experiences dealt with beautifully and a great story around fandom. A must-read for everyone!

Chris Riddell is one of my favourite illustrators. Goth Girl is the first in a new series and filled with the most amazing illustrations. It also has a lot of little jokes hidden in the pictures. If you’re looking for a chapter book to share with a 7-9 year old Goth Girl is the perfect match.

OMG, this is such a fabulous series filled with werewolves (and other paranormal people) and a heroine who cannot be touched by magic. Amazing worldbuilding and characters you want as friends. If you haven’t tried the series run to the store and get book 1;).

This is a fabulous start to a new series which mixes historic fiction and fantasy. Great worldbuilding, intriguing characters and cool story with the mandatory prophecy puts this on my favourite books of the year list.

The final book in the Colter series and a great conclusion. One damaged heroin and two super-sexy bodyguards…you can imagine the rest;).

Angels and vampires like you have never seen them before. Elena and Raphael face a battle they had not expected and learn more about their relationship. Run to the store and get book 1 if you haven’t tried the series yet;).

17) The Queen of the Tearling by Erika Johanson (fantasy)

O.M.G. This is one of the best books I have read in a while. It comes out July 2014. It starts on a somewhat predictable note with a young woman who grew up in hiding having to take up the throne of her kingdom. She expects assassination attempts every day. What grabbed me by the throat was the unpredictability of the characters. I had no idea how they would respond to the obstacles thrown in their way, which kept me on the edge of my seat and made the read the book in 2 days.

18) Laid Bare and Inside Out by Lauren Dane (contemp romance)

I love Lauren’s books. She has a way of merging amazing characters with interesting story, and a well-developed and believable romance.

So here are some of my favourite reads of 2013. What have you really enjoyed this year?

I am over at Darker Temptations talking about why Hawke Snow from Nalini Singh’s Psy/Changeling series is one of my favourite dark heroes.