Welcome to the Weekend Writing Warriors, the perfect place to discover new authors and fall in love with their writing. Each Sunday we share 8 to 10 sentences from a current or finished manuscript. Click here for the rest of the amazing writers participating.

Now that From Prussia With Love (currently only $4,49 at Loose Id;) has been released into the wild, I’m back to my contemporary WIP, currently named Blindsided. We left off  here with Reacher, the dog, playing matchmaker and climbing into Ana’s backseat without her realising. She of course called Jace as soon as she could and he’s arrived at her office to pick up the dog. We’re in Ana’s POV.

“A moment later he strode up the stairs. Damn, she nearly swallowed her tongue-he’d been hot as hell in his overall, but now he wore a t-shirt with some rock band on the front and jeans old enough they followed every line of his magnificent body.

He came to a stop in front of her.

He raised his brows. “Where’s Reacher?”

Ana realized she was making a fool of herself and wanted to sink into the floor; instead she straightened her shoulders and smiled. “Please call me Ana,” she opened the door that had locked behind her when she’d stepped onto the landing, “as your dog’s kidnapper I think we should be on first name basis.”

What works, what doesn’t?

Happy Sunday, Happy Labour Day Weekend and have a fabulous week! And here is some more research: 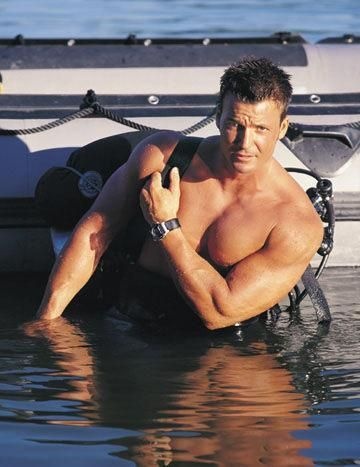