In last week’s snippet the Big Bad couldn’t make up his mind what to do with Sydney. In the end he offered her up to his lieutenants. Everyone jumped at the opportunity, but Miguel and Jayden spoke up first. Miguel is not happy that he allowed himself to be sucked into one of Big Bad’s games, but he couldn’t stop himself. Interesting punctuation has been used to give you the full paragraph. We are in Miguel’s point of view.

“Nasir stroked his thumb up and down Sydney’s neck as he studied the two of them. Miguel remained impassive, knowing he’d set things in motion when he spoke up-the tension between Nasir and him would come to a head.

“Wonderful, a competition,” Nasir lifted her hand to his lips; Sydney’s arm twitched. “Honorable Radnall, two of my finest want to be your suitor. You’ve already met the Spaniard, Miguel Calatrave; please allow me to introduce Jayden Maywater.” He turned to Miguel, still holding Sydney’s hand, something that made Miguel want to rip off his. “I have to say I’m surprised at your interest. You don’t generally snack with us.””

Sydney Radnall is no man’s toy, despite fate’s attempt to make her just that. A kidnapping puts her at the mercy of a sadistic Feral commander. Being held prisoner is bad enough, but her Naema blood is powerful. In her current Vampiric company her presence is like ringing a dinner bell.

In an attempt to break the commander makes her the pet of two of his lieutenants. Miguel is one of the most dangerous men she has ever met, but she can’t stop the attraction blazing between them. Then there is Jayden, a Vampire who is as surprising as he is sexy. Two Vampires she should not be attracted to, should not want to surrender to, should not trust.

But things aren’t always what they seem. Secrets and lies shadow their connections, making it impossible to see clearly. What are the chances of her finding lifemates while surrounded by enemies? And making the wrong decision could not just shatter her heart. It could cost her life.

Tangled Redemption will release on October 22nd (at least that is the plan at the moment). I am in over my head on edits for Dirigibles and want to finish them today. My mum is coming to stay with me on Monday for a few days and I want to have everything off my plate. It’s going to be a long Sunday. Wish me luck;).

Next I want to work on the outline for another steampunk story and I have an idea for another sci-fi story, the start to a series, but it needs to grow beyond the concept so I can turn it into an actual story;). I need more hours in the day. Who decided we needed to work for a living?! 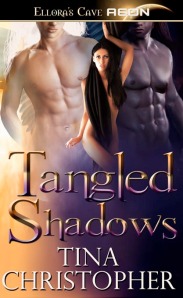 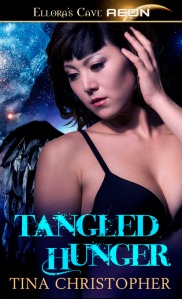